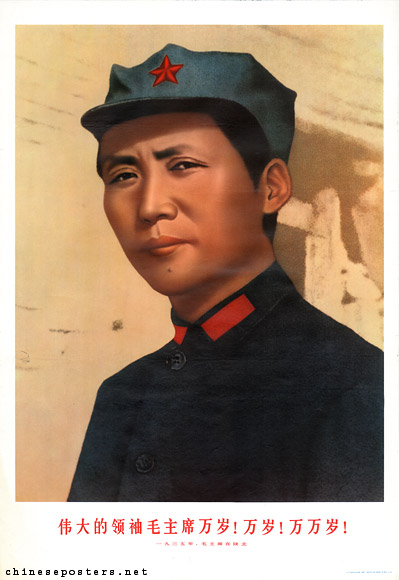 The original photograph was taken by Edgar Snow in 1936. Alledgedly, the hat Mao wore in the photo was borrowed from Snow. He had received it as a gift along with a Red Army uniform when he arrived at the revolutionary base in July 1936.