The Chinese people have stood up 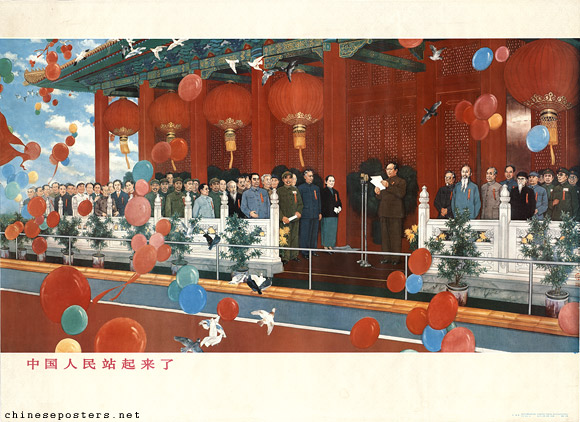 Contrary to an increasing number of Chinese and foreign language sources, Mao Zedong did not say that the Chinese people had stood up during the ceremony marking the founding of the People's Republic on Tian'anmen Square on 1 October 1949. A dwindling number of eyewitnesses of the event agree that this is not what Mao said; even filmclips on YouTube make clear that Mao actually said: "The People's Republic of China is established". He announced the formation of a temporary government and went through the list of appointments. He did deliver a speech, entitled "The Chinese people have stood up!", but this was the opening address at the First Plenary Session of the Chinese People's Political Consultative Conference (CPPCC) on 21 September 1949. The translated text of that speech can be found here.