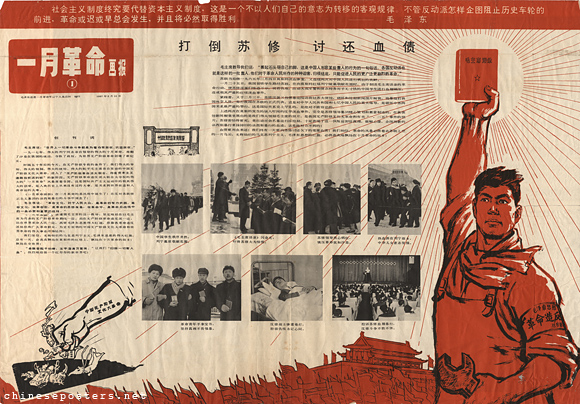 In March 1965, some 30 Chinese students studying in Moscow were beaten up when they participated in a demonstration at the American Embassy, protesting Operation Rolling Thunder, the US bombing campaign in North Vietnam. A few days later, the Chinese embassy was attacked by Soviets (according to this poster, from 1967, the attackers were members of the secret service). These incidents further soured relations that were bad to begin with. The poster is subtitled "Down with Soviet revisionism, repay the blood debt" (打到苏修 讨还血债).