Strong earthquakes will not make us break down, we will not bend our heads even if Mount Tai topples on us 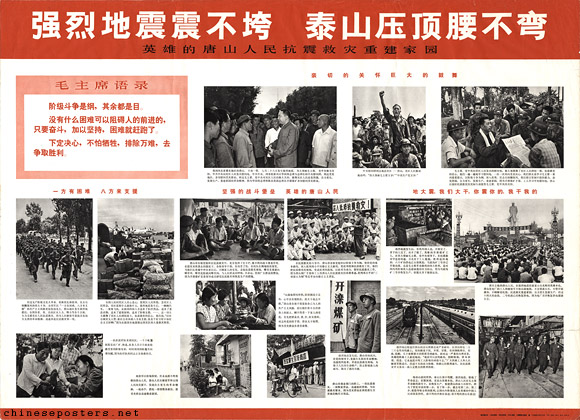 In 1976, there were no less than six earthquakes of magnitude greater than 6.5, including the magnitude 7.8 earthquake that devastated Tangshan, Hebei Province (唐山) on 28 July. For many ordinary Chinese, this last earthquake clearly indicated that important developments were about to take place. It more or less foretold that Mao Zedong would die less than two months later.