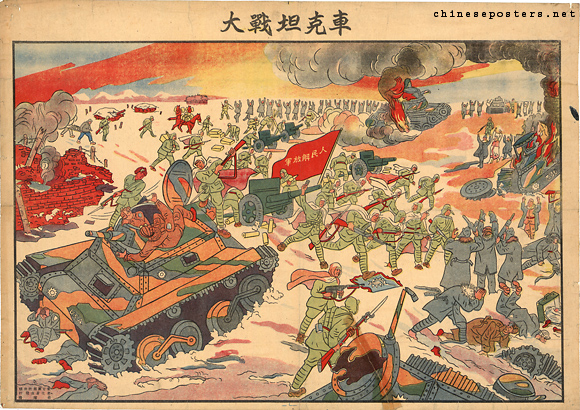 The poster depicts a battle during the final stage of Chinese Civil War. A Chinese user on shz100.com has commented that it could be a scene from the Liaoshen campaign (辽沈会战), September-November 1948, when the PLA encircled and annihilated Liao Yaoxiang's Ninth Corps of the Guomindang army in the Hujia shack area battle.