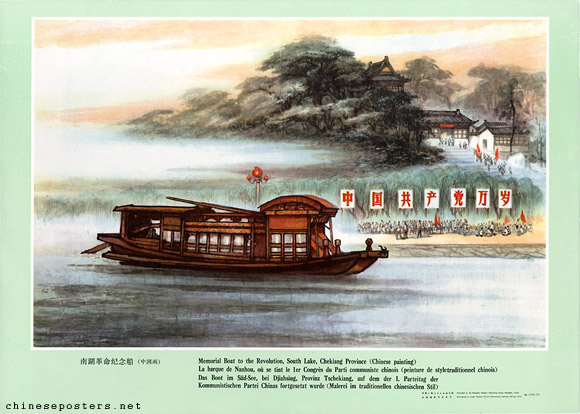 The last sessions of the founding congress of the Communist Party of China were held in July 1921 on a boat in South Lake, Jiaxing, Zhejiang Province, which later became a place of pilgrimage.
The characters on the large placards on the shore: 中国共产党万岁 - Long live the Chinese Communist Party.