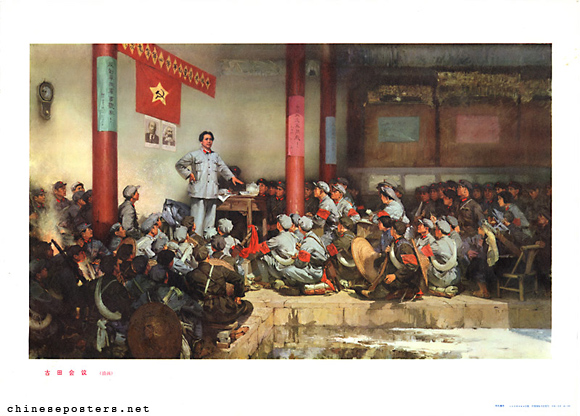 The "Gutian Meeting" was the 9th conference of the Fourth Army of the Chinese Workers and Peasants Red Army, held in a school in Gutain, Fujian Province. Here Mao Zedong pushed through a resolution against "ultra-democracy" and established the absolute control of the Communist Party over the Red Army.

Several versions of this image exist. On the large 1972 painting by He Kongde, now in the Military Museum in Beijing, Chen Yi and Zhu De are sitting behind Mao. For this poster version they have been eliminated. Mao is the sole focus of attention. 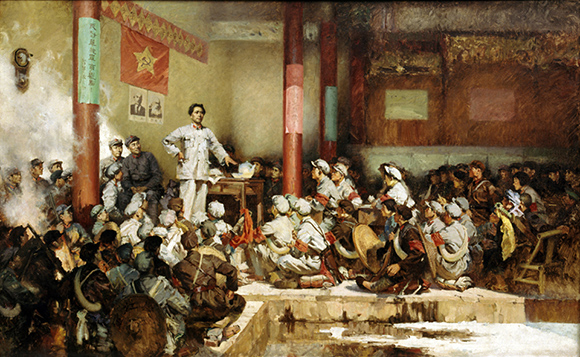