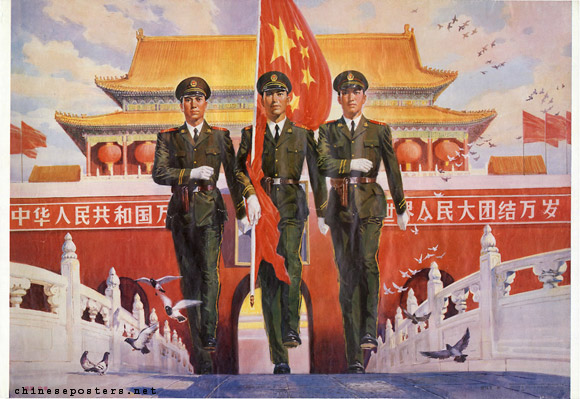 After the Chinese People's Movement of 1989 was violently crushed, large numbers of posters were published to propagate the restoration of 'peace and order', and the supremacy of the Party and the Army. This poster is from the second edition (September 1990). It shows three People's Armed Police marching out of Tian'anmen Gate for the National Flag Raising Ceremony.