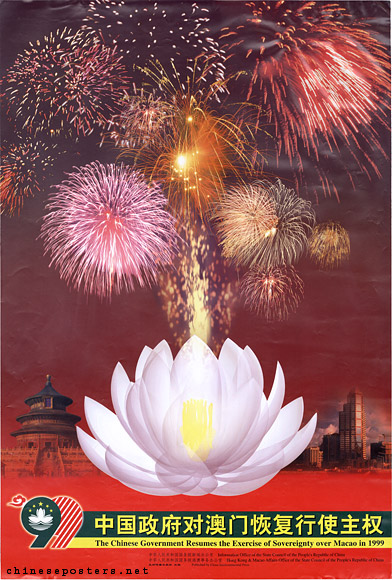 Macao (澳门, Aomen) has a long colonial history, as it has been ruled by Portugal for over 400 years. Compared with Hong Kong, however, its importance to China is rather small. It is dwarfed not only in territory and population, but also on the financial and economic scale. Twice, Portugal offered to return of the territory to China, in 1967 and 1974 respectively, but was rejected each time. The first took place after the "December third" incident in 1966, when Red Guards had demonstrated violently against the Portuguese authorities over the closing of a school, and many had been killed by troops. The second opportunity was in 1974, when Portugal was shedding itself of its colonial possessions worldwide and withdrew its garrison. Beijing, however, at the time was still engaged in internal struggle, and declined the offer. 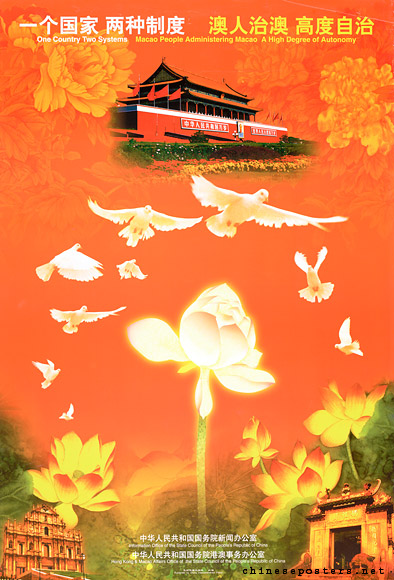 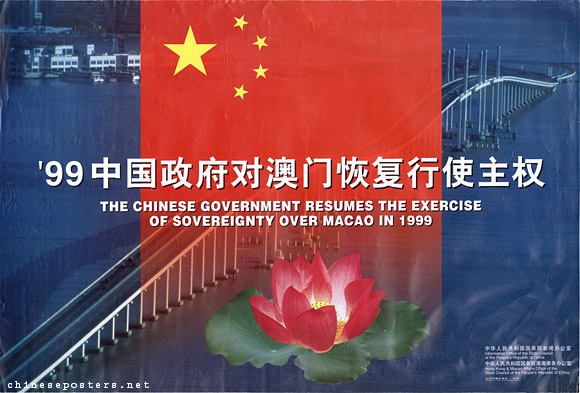 After the successful conclusion of the negotiations with the British over Hong Kong, the talks about Macao’s future were reopened and an agreement over the resumption of Chinese sovereignty was reached in 1987. The Macao Handover, or Aomen huigui 澳门回归, which took place on 20 December 1999, was a much more subdued affair than its Hong Kong predecessor. This may have had to do with the fact that is was marked with less spectacular (foreign) media attention and speculation about economic consequences and the imminent trampling of human rights as had been the case with Hong Kong in 1997. The Chinese government did publish an impressive series of posters to commemorate this historic occasion, but did not invoke Deng Xiaoping. On the other hand, more generic looking posters, such as the one shown below, were also produced. 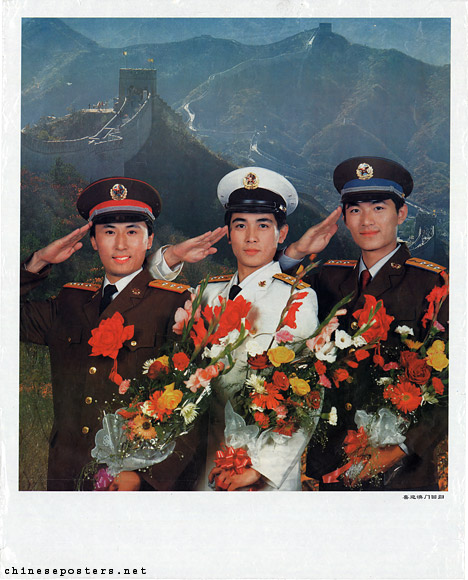 Happily welcome the return of Macao, 1999 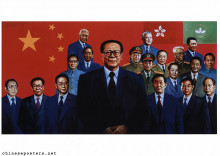 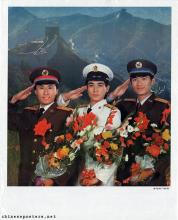 Happily welcome the return of Macao (1999)

The Chinese government resumes the exercise of sov… (1999)

The Chinese government resumes the exercise of sov… (1999)