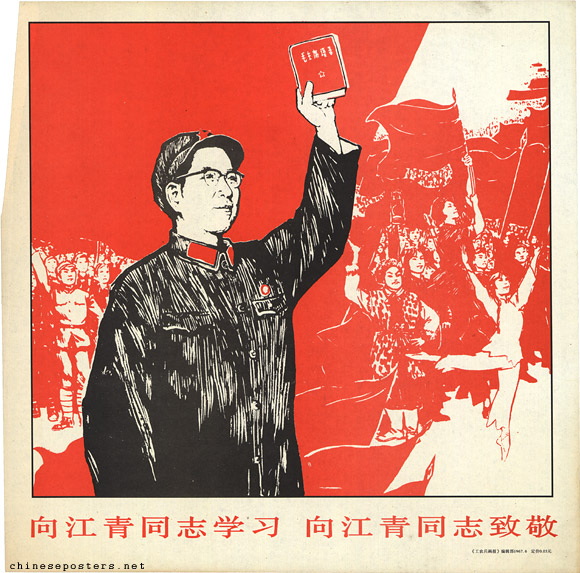 With time, Jiang began playing an increasingly active political role in the movement. She took part in most important Party and government activities. She was supported by a radical coterie, dubbed, by Mao himself, the Gang of Four. Although a prominent member of the Central Cultural Revolution Group and a major player in Chinese politics from 1966 to 1976, she essentially remained on the sidelines. Her posture and choice of clothing in this poster is reminiscent of Mao, whom she imitated.