Study the spirit of Lei Feng with heart and soul, be diligent and conscientious in serving the people! 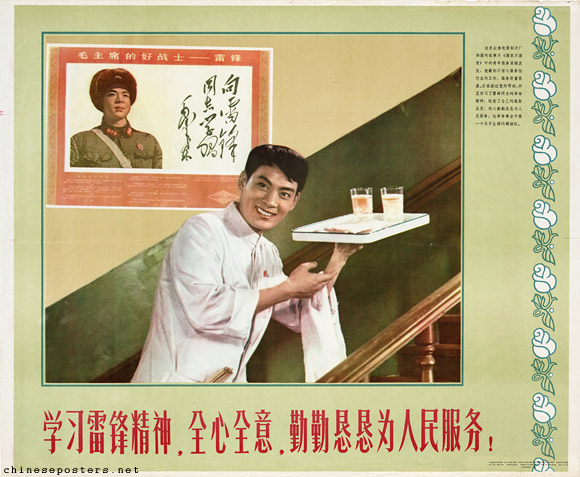 This poster shows a still from the movie "Satisfied or not?" (满意不满意), released by the Changchun Film Studio in 1963. It tells the story (on the top right hand side) of the young waiter Yang Yousheng (杨友生), whose professional attitude in providing service initially is lacking seriously. With the help of the Party, and after studying Lei Feng's revolutionary spirit, he changes his behavior towards rendering services and decides to become a never rusting screw in the revolutionary machine.