He who dares to encroach upon us will be destroyed 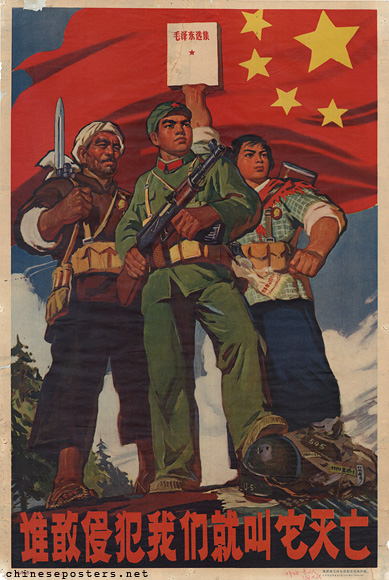 In the lower right corner, the soldier's foot is on a wrecked tank, two helmets, one of them marked "U.S.", an American and a Japanese flag. The tank, with nr. 545, is the Soviet tank captured by the Chinese in March 1969 during the border conflict over Zhenbao Island.