Battle over the Dongji Archipelago 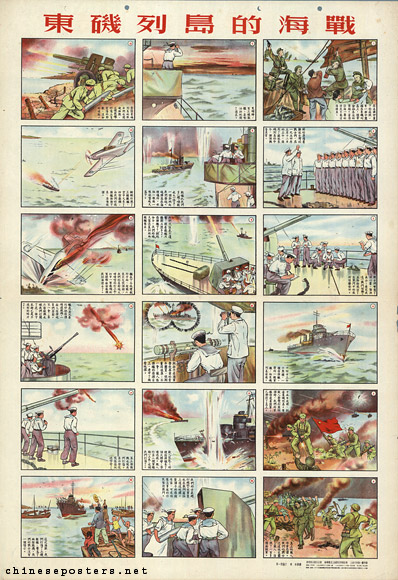 The war over the Dongji (Higashiiso) Archipelago was a battle of the PLA against the Guomindang army entrenched on the coastal islands of eastern Zhejiang Province. The operation to liberate the Dongji Archipelago began on 11 May 1953 and ended on the 20th. It consisted of 14 battles, destroyed five enemy ships, shot down seven enemy aircraft, damaged four aircraft, and captured enemy sailing ships. Although the scale of the battle was not large, the army, naval, and naval aviation units all participated. It can be said that it was a prelude to joint land, sea and air operations. The liberation of the Dongji Archipelago reduced the scope of activities of the Guomindang’s navy and air force, reversed the situation of the maritime struggle in Sanmen Bay, and obtained the offensive starting position and the standby anchorage for ships to continue to advance operations.