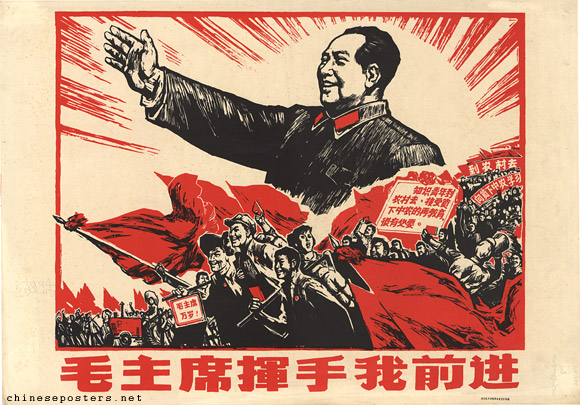 The Mao quote, from 22 December 1968, reads "It is absolutely necessary for educated young people to go to the countryside to be re-educated by the poor and lower-middle peasants" (知识青年到农村去，接受贫下中农的再教育，很有必要). Other slogans read "Long live Chairman Mao" (毛主席万岁), "Learn from the poor and lower-middle peasants" (向贫下中农民学习), "Go to the countryside" (到农村去). 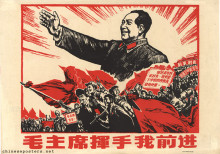 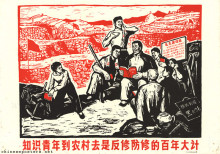 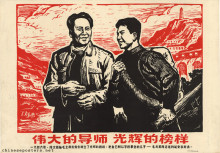 Great leader, great example -- In 1946, the great leader Chairman Mao provided us with a glorious example: he sent his own son comrade Mao Anying, recently graduated from university, to the Yan'an countryside. 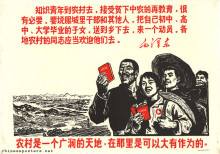 The countryside is a vast world where much can be accomplished 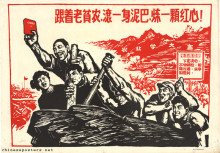 Follow the poor peasants, roll your body in mud, to temper a red heart 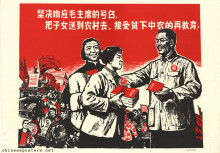 Give heed to Chairman Mao's call to send our sons and daughters to the countryside so that they can be re-educated by the poor-and-lower-middle peasants! 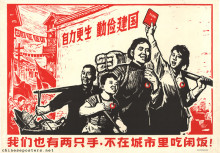 We also have a pair of hands, we do not need to eat the spare food in the cities!