The reddest reddest red sun in our heart, Chairman Mao and us together 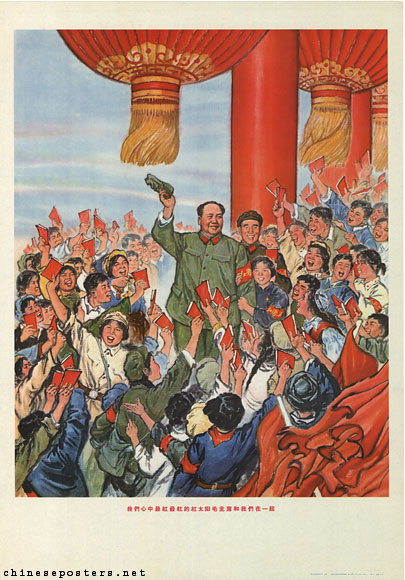 Mao and Lin Biao on Tiananmen Gate, surrounded by ecstatic Red Guards. Mao 'received' the Red Guards on Tiananmen Square ten times from August to November 1966, always accompanied by Lin Biao. At each rally, a million people or more were present, shouting, singing and waving their Little Red Books for hours.