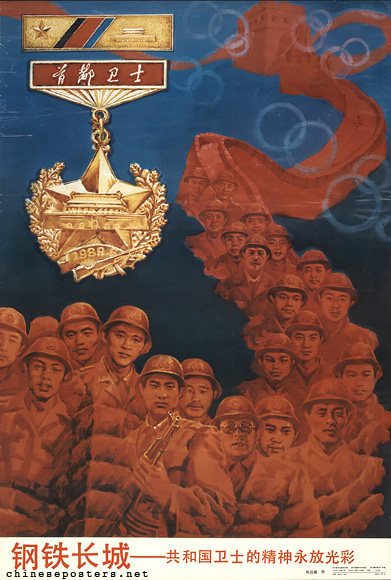 This poster, published in September 1989, was made in honor of the martial law troops that participated in the massacre of students, citizens, and other innocent bystanders in Beijing on 3-4 June 1989. It shows the medal those troops were awarded with, with the text "Protector of the Capital" 首都卫士).