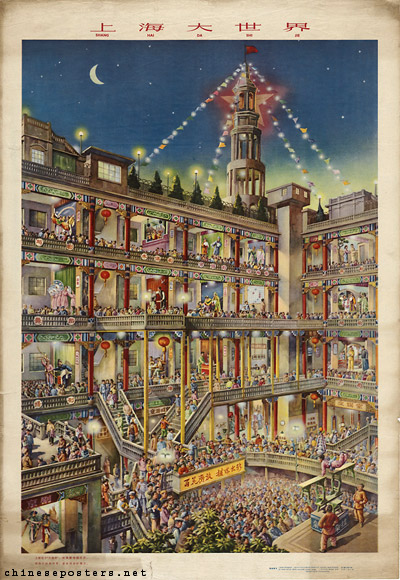 The earliest poster we have found picturing the re-opened Great World Entertainment Center in Shanghai. Around the central courtyard with the main stage, four floors with smaller rooms can be seen, each with some performance going on. The amount of detail is amazing. In the puppet theatre on the top floor you can for instance see that a play featuring the legendary hero Monkey is going on. Entertainment is traditional. There are only a few hints of the actual political situation: the red flag and five-pointed star on the tower, some Russians in the audience. The slogan on the balcony above the main seating area is in Mao's handwriting and reads: "Let a hundred flowers blossom, weed through the old to bring forth the new" (Baihua qifang tuichen chuxin - 百花齐放，推陈出新).
This is a print from the sixth edition (August 1958), not in a very good condition. 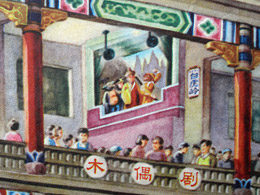 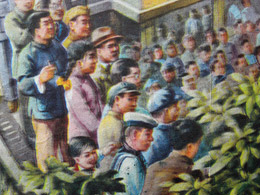 Russian sailor in the audience of the main stage 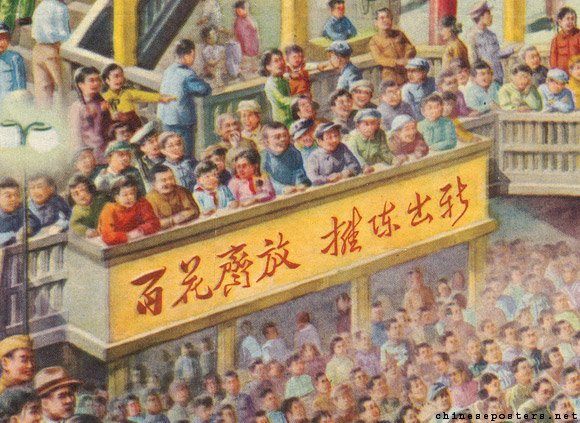 The balcony with Mao slogan