A sedan produced by our own country 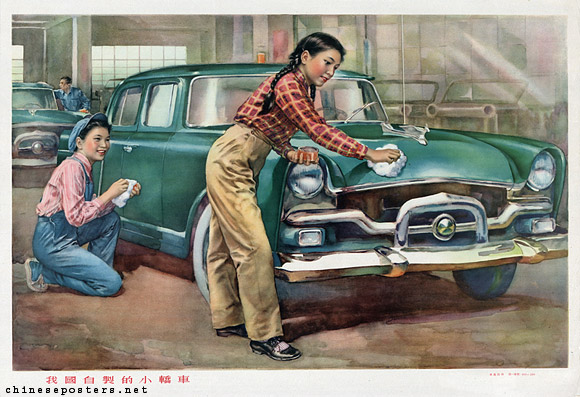 This luxurious sedan must be a Shanghai Phoenix (凤凰 - Fenghuang), one of the first cars made in China. Production started in September 1958 at the Shanghai Auto Industry Corporation. The few cars that were made were mostly for government officials. An altered version, the SH 670, was in production from 1964 until 1974.