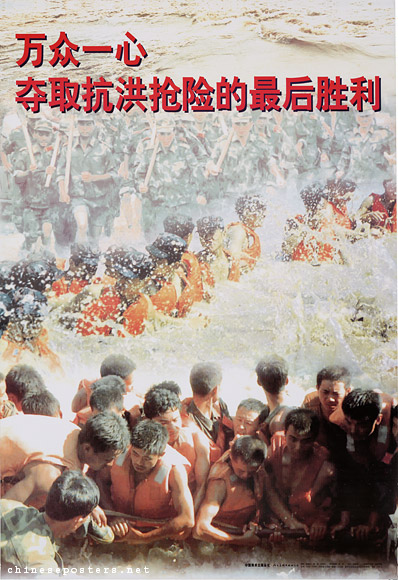 Millions of people all of one mind strive for the ultimate victory in combatting floods and dealing with emergencies, 1998

In the 1990s, severe floods have become recurring phenomena in China. The rapid rise of the water levels of China’s rivers result in great losses of human lives, livestock, crops and possessions. The severity of the situation is obviously acknowledged by the government, as can be seen by the inclusion of flood images in propaganda posters, for example in the Educational series published in 1997. 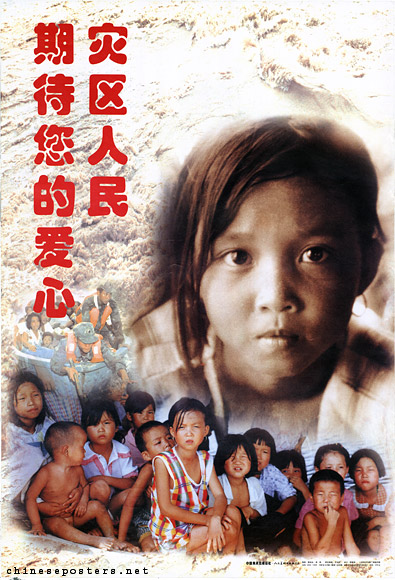 The people of the disaster areas expect your sympathy, 1998

In 1998, two posters were published that explicitly addressed the problem. On the first, the brave fight of the People’s Armed Police against the torrential waters is highlighted. The second calls on the people’s solidarity with the flood victims. Aside from the highly irregular use of disasters as subject matter for propaganda, the posters at the same time give a good impression of the breakthroughs in design techniques that have occurred over the past decade. 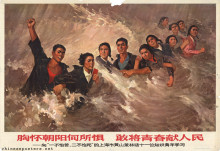 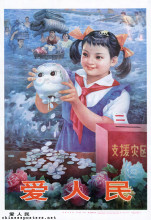 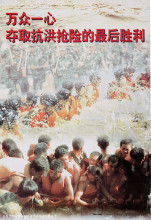 Millions of people all of one mind strive for the… (1998, August) 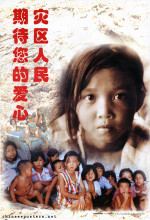 The people of the disaster areas expect your sympa… (1998, August)