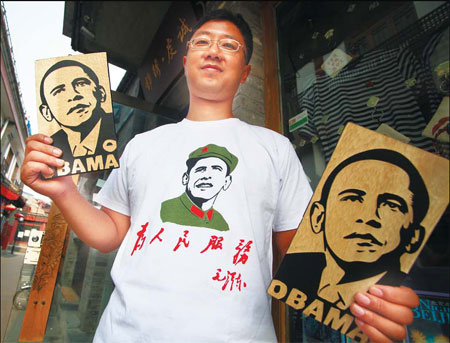 In 2008, the Chinese graphic designer and former Siemens engineer Liu Mingjie (刘明杰), who ran the "Stefan" store in Beijing's Houhai district, created a screen print that transposed Barack Obama’s face into Mao Zedong’s military communist jacket and hat. Beneath the image was the phrase 为人民服務 (Serve the people). Several other Chinese artists soon created versions of "Oba-Mao", circulating the image widely throughout tourist shops in China. "Oba-Mao" was printed on t-shirts, coasters, key chains, and on fake Time magazine covers throughout the largest cities in China; they were popular with both young Chinese citizens and tourists alike. The image was striking: the "leader of the free world" donning the clothes of a Chinese communist revolutionary connotes an inflammatory argument against the president. Members of the Tea Party, a faction of the Republican Party, later co-opted the image for that very point; in China, "Oba-Mao" produced different meanings, where it was understood as clever and funny. 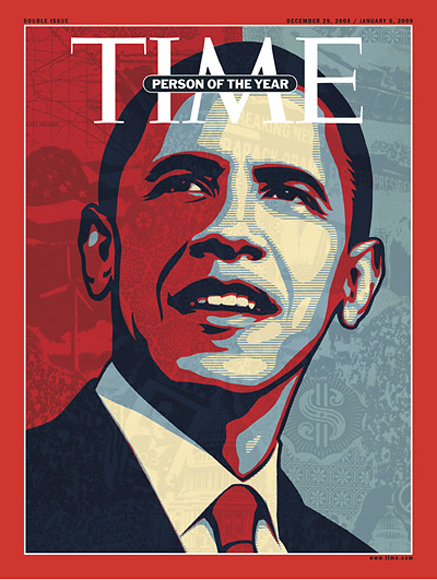 The origin of Obama’s facial outline in Liu’s "Oba-Mao" can be traced to Time magazine’s 2008 "Person of the Year" cover, designed by U.S. artist Shepard Fairey. Time asked Fairey to create an image of Obama after Fairey's "HOPE" poster became wildly successful; the poster began as street art and soon became the chief icon for Obama’s first presidential campaign. "Obama Hope" is a red, white, and blue image of Obama’s face, produced to look like a screen print, with the word "hope" at the bottom. 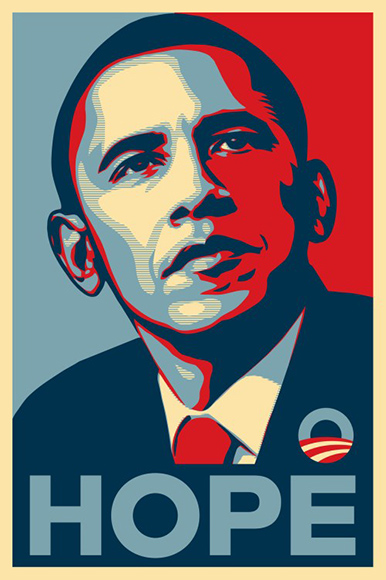 Ever since Barack Obama was elected as the U.S. president, this T-shirt was selling like hot cakes. During Obama's state visit to China from 15 to 18 November 2009, however, all merchandise bearing the Oba-Mao imagery was taken off the streets by the Industry and Commerce Bureau. The same T-shirt was advertised to US buyers on the web (at $9.99 apiece) as an "anti-Obama" item. Dozens of Oba-Mao variations were produced in the US, variations on the "HOPE" poster, and edited versions of propaganda posters with Obama inserted. Most of them were anti-Obama, framing him as a communist. 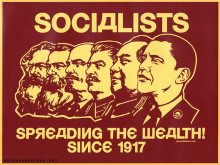 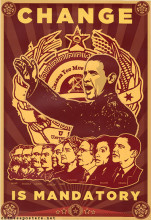 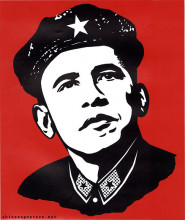 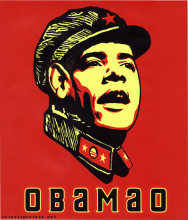 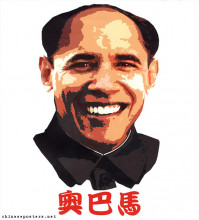 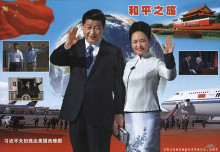 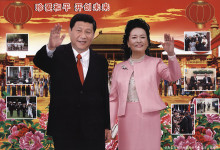 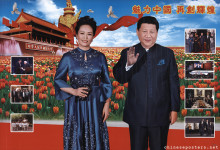