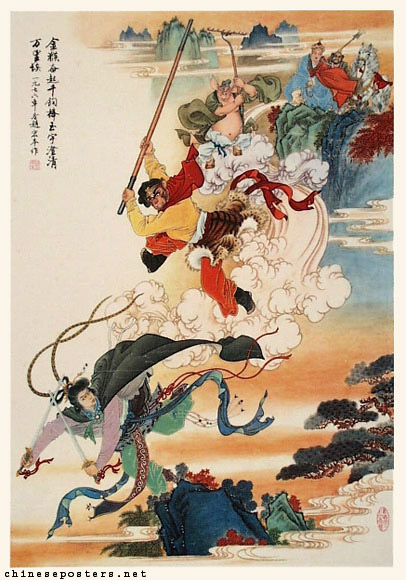 Made in 1976 and published a year later, this poster can be conceived as an allegorical depiction of Jiang Qing's fall from grace. Entitled "Monkey defeats the White Bone Demon three times," it shows Monkey (which personifies the Chinese people) defeating the White Bone Demon, a devil of the first order, believed to be Jiang Qing. Seen from the chronology, such a reading of the image is quite appropriate. However, veteran poster designers such as Ha Qiongwen and Qian Daxin believe that it is "pure coincidence".