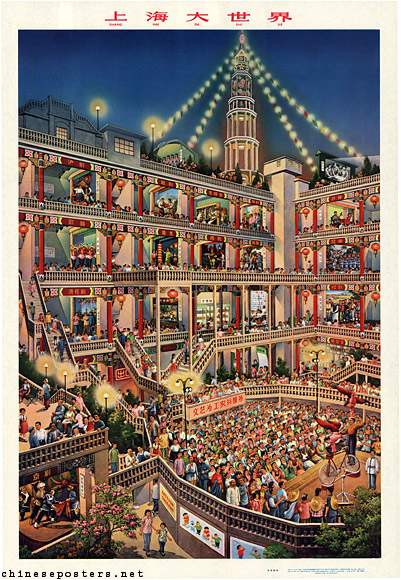 The Great World Entertainment Center in Shanghai in 1966. This poster was probably designed before the Cultural Revolution really broke out, but the entertainment has been politicized already. On the main stage traditional acrobatics are going on, but most performances in the small rooms on the galleries have a political theme or are based on Jiang Qing's Model Operas. There is for instance a scene from the opera 'The Red Detachment of Women', and a performance featuring the virtues of 'The Good Eighth Route Company of Nanjing Road'. In the front row before the main stage are representatives of the National Minorities and visitors from Africa. The slogan on the balcony reads: 'The arts serve the workers, peasants and soldiers' (Wenyi wei gongnongbing fuwu). 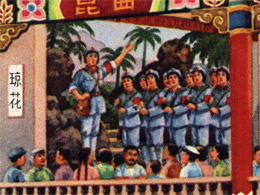 The Red Detachment of Women 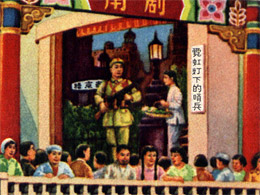 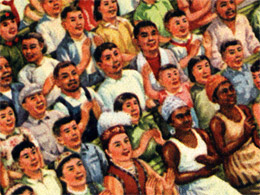 National Minorities and visitors from Africa 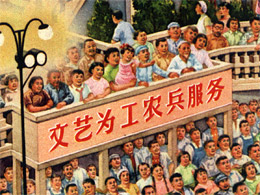 Slogan on the balcony