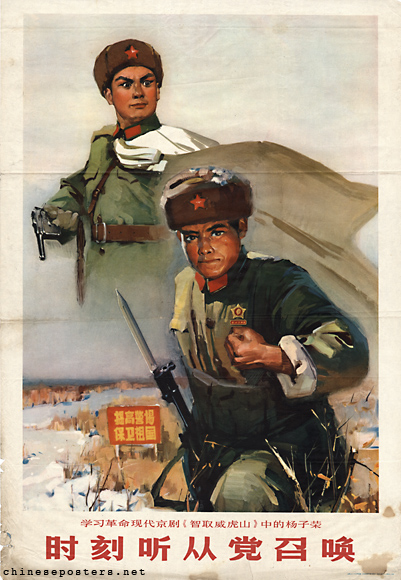 The figure in the background is Yang Zirong (杨子荣), the hero of the revolutionary model opera "Taking Tiger Mountain by Strategy" (智取威虎山), which was made into a movie in 1960.

The sign in the background reads "Raise battle alertness, defend the nation".