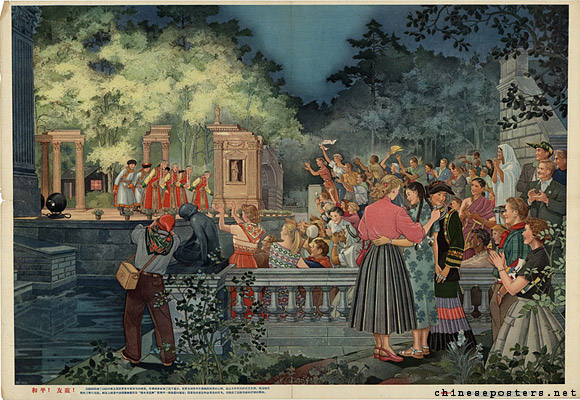 The text under the image explains that this is a scene from the Fifth World Festival of Youth and Students, held July-August 1955 in Warsaw, Poland, in which the designer personally participated.
On stage is a Mongolian dance group getting repeated curtain calls after performing their award-winning "Ordos Dance" (鄂尔多斯舞), a four-minute group dance piece created in 1953 by choreographer Jia Zuoguang (贾作光, 1923-2017). The location is the "Teatr na Wyspie" (Theatre on the Island), built late 18th century in the Neo-classicist style.