Don't let a single spy slip through the net 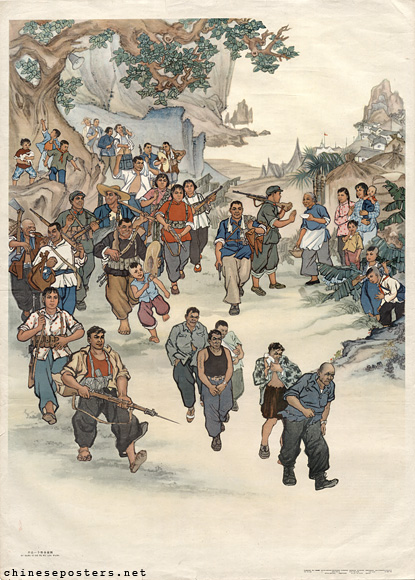 In the first half of the 1960s, Taiwanese units were able to land on mainland soil and capture documents (and spread Republican propaganda). Hainan Island and the Fujian coast were often targeted. This poster shows how the Chinese military and popular forces were able to capture (some of) them.

This poster is based on the painting by Xu Zhangru (许章茹) and Zhang Jiemin (张介民), original title: Arrest of a pirate (海贼落网 - Haizei luowang), exhibited at the Third Art exhibition of the Chinese People's Liberation Army (1964).