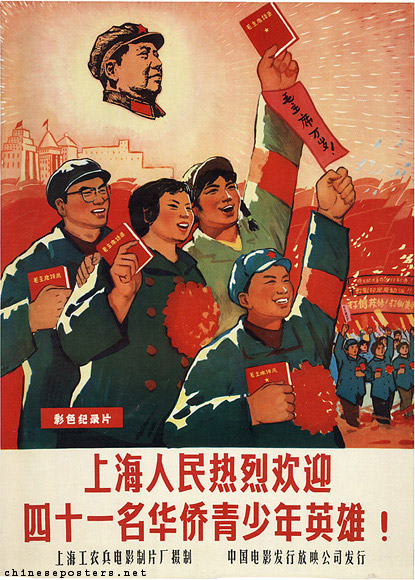 The poster is for a documentary movie on the "41 young Overseas Chinese" who had been imprisoned in Indonesia in October 1966 during the anti-communist purges and measures against ethnic Chinese. They were released in November and sent by boat to China, where they were received as heroes. The buildings in the background are on the Bund in Shanghai, where the "41 heroes" apparently arrived by boat.