Together and with one heart build the Chinese Dream 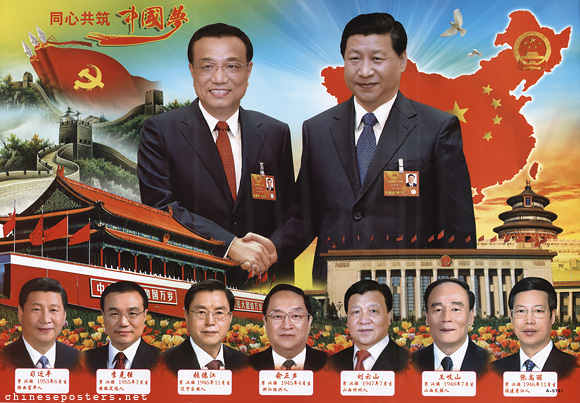 The seven members of the Politburo Standing Committee of the Chinese Communist Party, 2012 - 2017.
The main photograph shows Xi Jinping shaking hands with Li Keqiang at the fifth plenary meeting of the first session of the 12th National People's Congress (NPC) at the Great Hall of the People in Beijing, March 15, 2013.
The map of China in the background includes Taiwan.