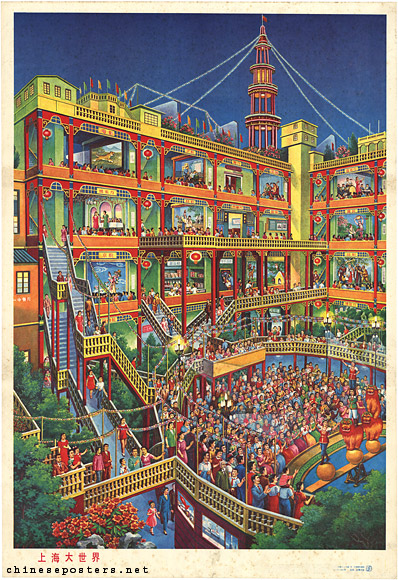 The Great World Entertainment Center in Shanghai re-opened around 1987. The political entertainment has gone, there is no slogan about 'Arts serving the workers' on the balcony anymore. A pop band is playing, soft drinks are sold, arcade machines have appeared. But compared to the 1957, 1962 and 1966 posters, there are considerably smaller numbers of visitors.
The design for this poster was awarded a third prize at the Fourth National Chinese New Year Pictures Competition in 1988. The work was included in the collection of the National Arts Gallery. It certainly was a late recognition of designer Zhang Yuqing. 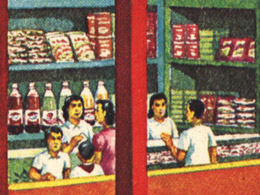 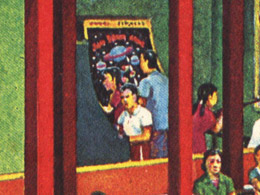 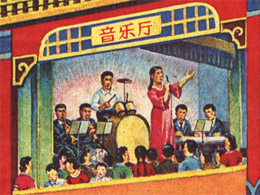 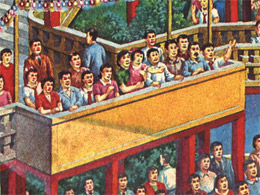