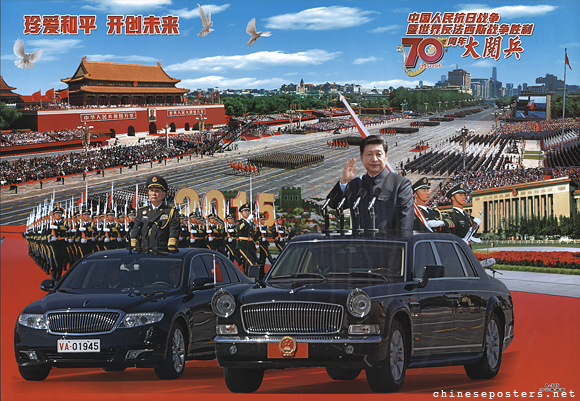 On 3 September 2015, the China Victory Day parade, a military parade along Chang'an Avenue, Beijing, was held to celebrate the 70th anniversary of the Victory over Japan Day, formally ending World War II.