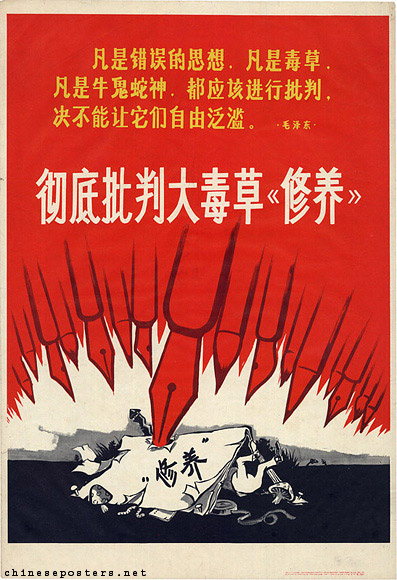 Liu Shaoqi's How to be a good Communist (论共产党员的修养) was published in 1939. The treatise was based on a series of lectures given in Yan'an. It became very influential, and was reprinted many times.
During the Cultural Revolution, the book came under attack, just like its writer. Mao Zedong Thought would not tolerate competition.