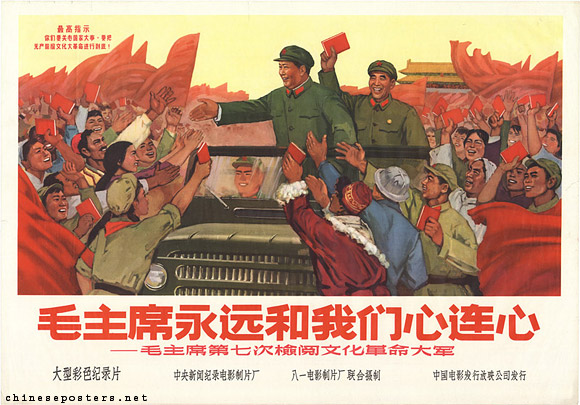 Mao 'inspected' the Red Guards on Tian'anmen Square for the seventh time on 10 November 1966.
Announcement for a documentary film by the Central News and Documentary Studio (中央新闻纪录电影制片厂), co-produced by the August First Film Studio (八一电影制片厂).