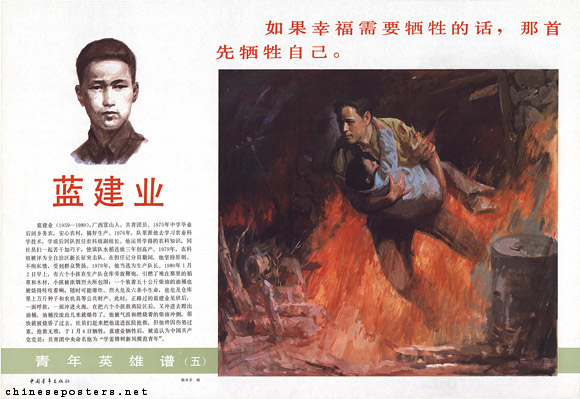 Lan Jianye (1959-1980), of the Zhuang ethnicity, was born near Yizhou City, Guangxi Province. He was a production team leader. On the morning of 2 January 1980, the warehouse of the production team caught fire when children set off firecrackers. An oil drum started to burn and was about to explode. The six children were in extreme danger. Lan Jianye took the 6 children out of the danger zone, but he could not excape the oil drum and was severely burned. In the end, the injury was too serious and rescue was ineffective. On 4 January, Lan died. 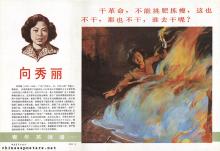 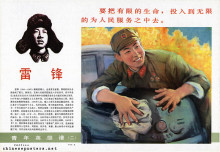 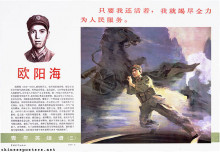 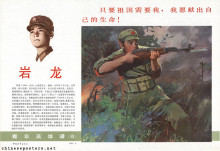 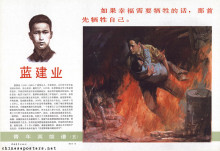 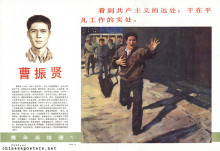 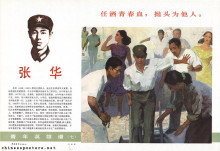 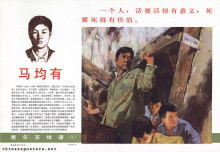 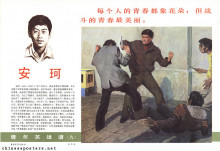 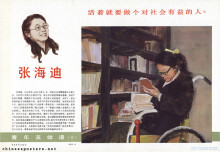