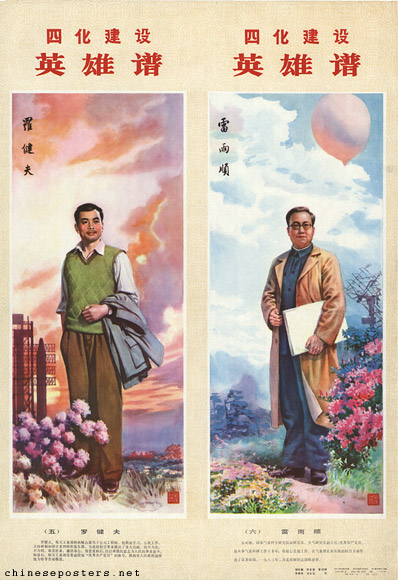 Luo Jianfu (1935-1982) was a native of Xiangxiang County, Hunan Province, and a national model worker. In 1965, he began to study micro-electronics technology. Afterwards, he made great contributions to China's scientific research. He was a model for the new generation of Chinese intellectuals. He died of illness in 1982.

Lei Yushun (1935-1983) was a well-known meteorologist. He was born in Tongchuan City, Shaanxi Province. He graduated from the Department of Geophysics at Peking University in 1965. He was an assistant researcher, director of the department, and associate researcher of the Institute of Meteorological Sciences of the National Meteorological Administration. He developed the application of energy weather theory to the study of heavy convective weather such as torrential rain and hail, forming a set of more effective weather analysis and prediction methods.