Thorougly criticize the bureaus of industry of the Shanghai city, region and district and the reactionary line of the capitalist class. Oath taking rally. Hold high the great red banner of Mao Zedong Thought. 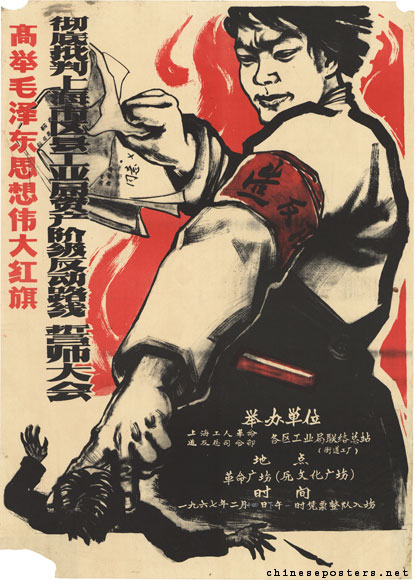 In January 1967, Mao instructed the rebel factions in Shanghai to seize power from party and government organizations. The struggle for power was fierce. In February the short-lived 'Shanghai People's Commune' was established, led by Zhang Chunqiao, member of the Gang of Four. This poster was issued by the Shanghai Worker's Revolutionary Rebel General Headquarters, Zhang's base of power.