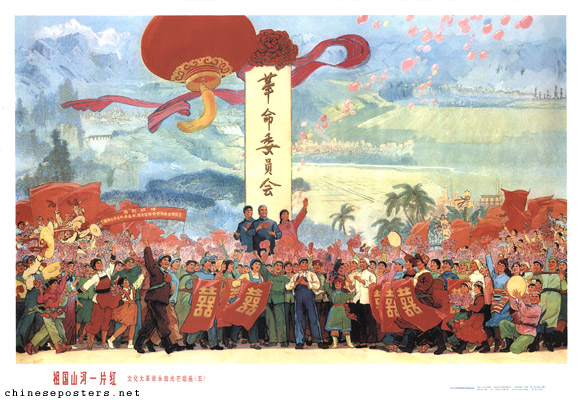 During the 1967-1968 Red Sea Movement, the whole nation was called upon to paint Mao portraits and cover the nation with them; this included professional and amateur artists alike.

This poster shows various elements of China's national environment (mountains, paddy, tropical vegetation, etc.), suggesting national unity. It mainly celebrates the Revolutionary Committees (革命委员会, geming weiyuanhui), which were supposedly based on a "three-way alliance of Red Guards, Party cadres and army men". These were to replace the original political structures that had existed until then in China. 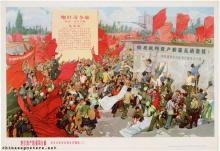 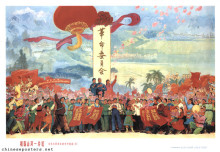