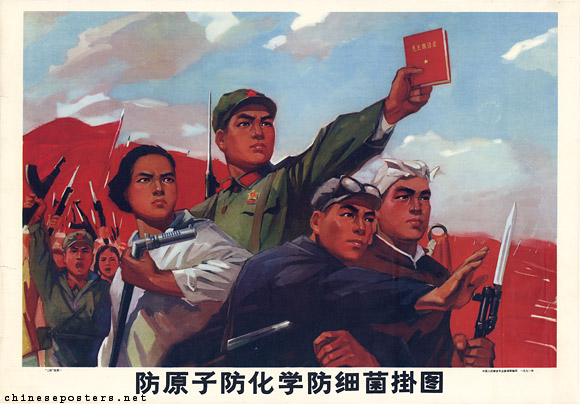 The May 1999 NATO-attack on the Chinese embassy in Belgrade, Serbia, has caused an unexpectedly fierce popular reaction against perceived Western hegemonism. In the 1960s and early 1970s, Chinese military strategists were seriously considering the possibility that China would be attacked by either the United States or the Soviet Union. To prepare for this eventuality, various policies were adopted, including that of the "Third Front" (sanxian, 三线). Under this latter policy, a number of industrial plants considered essential for the national defense effort were moved to the interior, wasting unimaginable resources in the process. 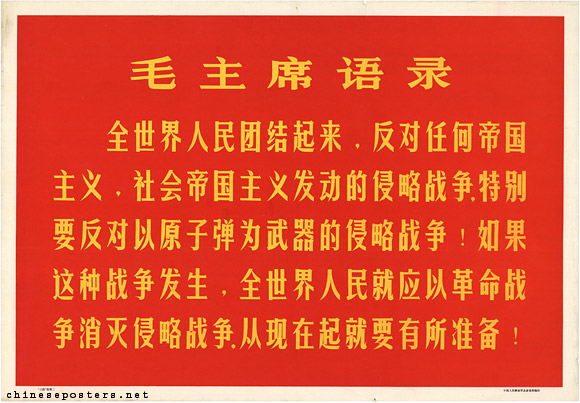 To prepare the people and the army for the eventuality of warfare, a number of educational series were produced in the early 1970s. The "Posters showing measures against atomic, chemical and bacteriological warfare"-series, published in 1971 by the General Department of the Chinese People’s Liberation Army, is an example. It is presented here in full, including a so-called head and tail, and the stirring preamble written by Mao Zedong as it was required in those days. A number of posters is moreover accompanied by relevant Mao-quotes (in red).

To wage revolution one must rely on Mao Zedong Thought, 1971

The whole party must grasp military affairs, the whole people must become soldiers, 1971

Most important is the ideological preparation for war. Then, the types of nuclear devices used in the attack have to be identified.

Limitations of and protection against atomic bombs, 1971

The destruction that nuclear devices cause; locating natural shelters and constructing artificial ones.

Protective measures for equipment and materiel, 1971

Limitations of and protection against chemical warfare, 1971

Constructing shelters, and identifying lethal types of chemical warfare; the effects of chemical weapons, and taking effective collective precautions against them.

Limitations of and protection against bacteriological warfare, 1971

What to do when the alarm sounds - In case of a surprise attack, 1971

In case of a surprise attack with nuclear weapons, 1971

In case of a surprise attack with chemical weapons, 1971

In case of a surprise attack with bacteriological weapons, 1971

Investigation - After a surprise attack, 1971

Identifying contamination and poisoning; clearing away rubble and structures that may cause danger; decontaminating people. 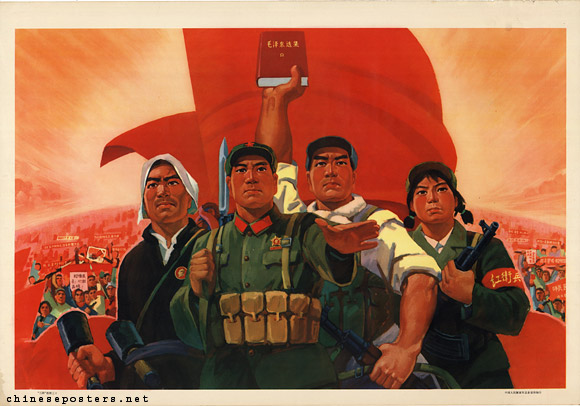