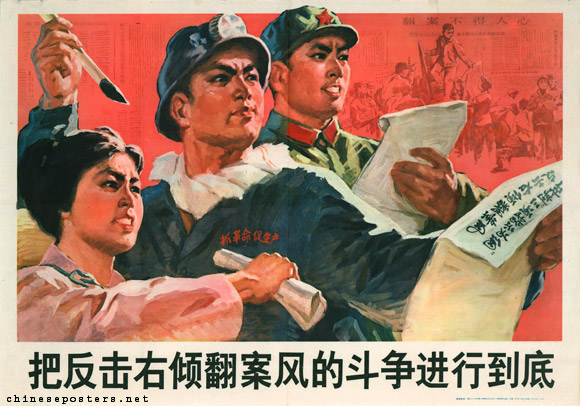 One of the last campaigns engineered by the Gang of Four during the Cultural Revolution was the one to criticize Rightist Deviationism in Spring 1976. The immediate cause was the outporing of popular support after the death of Zhou Enlai in January. This did not take place right after Zhou had succumbed of cancer, but during the Qingming Festival in April when traditionally the death are remembered. Official ceremonies had been kept to a bare minimum by the Gang and earlier expressions of the people’s grief had been successfully suppressed. In April, however, during what has become known as the first "Tiananmen Incident", the masses showed their resentment against the Gang and their support for the pragmatism and decency that Zhou was widely believed to have stood for. 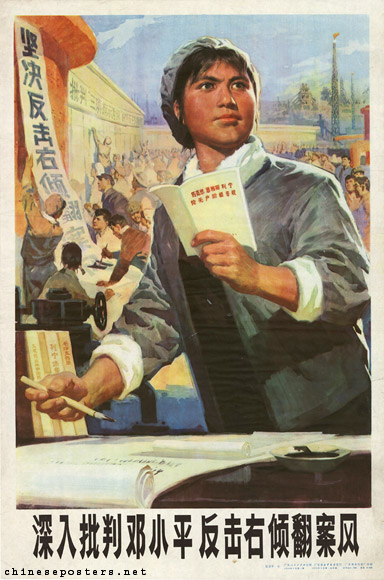 Deepen the criticism of Deng Xiaoping, strike against the right deviationist wind of reversing verdicts, 1976 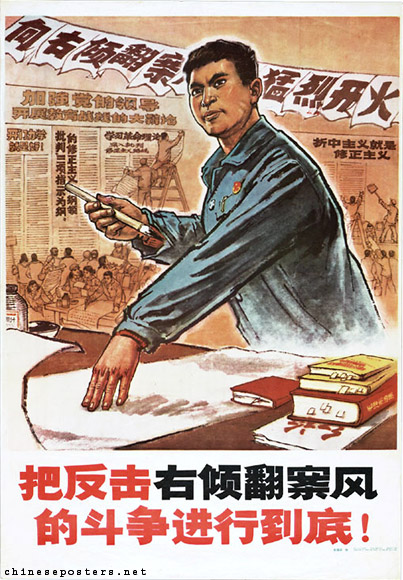 Wage the struggle against the right deviationist wind of reversing verdicts to the end!, 1976

The immediate target of the Gang’s campaign was Deng Xiaoping. He had been rehabilitated in 1973, and had closely cooperated with Zhou in his attempts to get China on the right track again, both politically and economically. In the process, many verdicts against former leaders and cadres at all levels had been reversed, ie, many were rehabilitated themselves and had returned to their former positions. This rankled the Gang, who saw its power base threatened. They were convinced that Deng and his supporters were staging a comeback. The demonstrations in April were seen as proof of behind-the-scenes manipulation by Deng. As a "rightist deviationist who attempts to reverse correct verdicts", Deng was purged for a second time, only to return to power once more in 1977, this time for good. 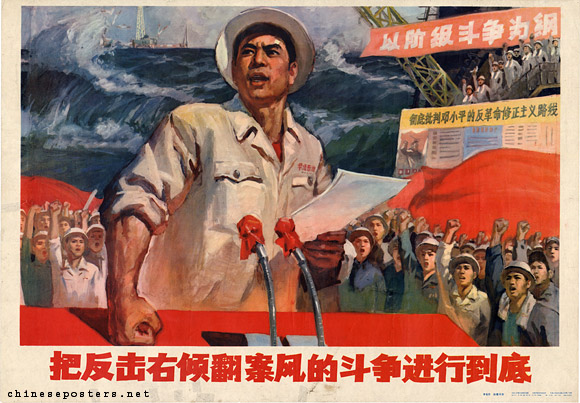 As the poster below shows, Deng was even held responsible for problems with relief work that occured after the Tangshan earthquake that took place on 28 July 1976. 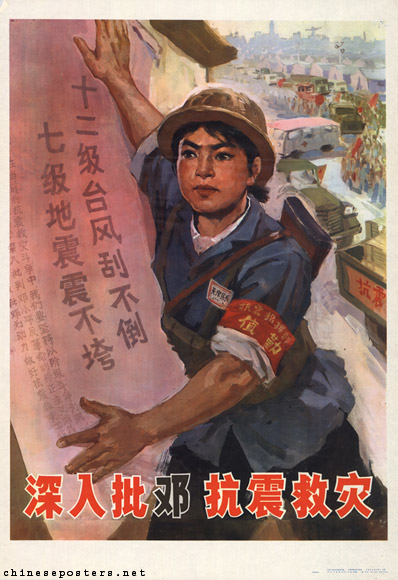 Here are some propaganda photographs from 1976, featuring the use of propaganda posters, wallposters and big-character posters in the campaign.

Excellent situation in revolution and production in East China County, 1976 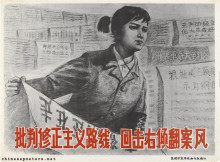 Criticize the revisionist line, counterattack the… (1976) 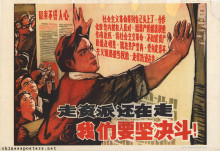 The capitalist roaders are active again, we must s… (1976, March) 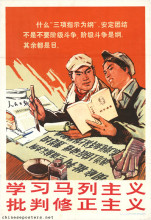 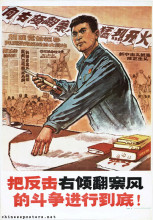 Wage the struggle against the right-deviationist w… (1976, March) 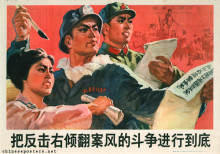 Carry on the struggle to the end to strike against… (1976, April) 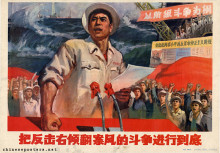 Completely finish the struggle of counterattacking… (1976, May)

Deepen the criticism of Deng Xiaoping, strike agai… (1976, May) 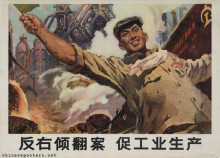 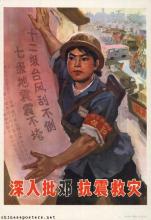