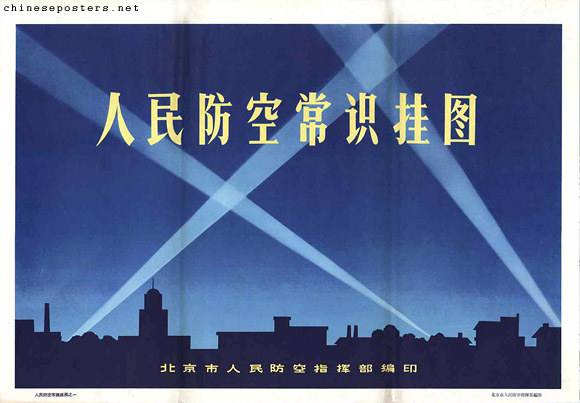 In the 1960s and early 1970s, Chinese military strategists were seriously considering the possibility that China would be attacked by either the United States or the Soviet Union.
To prepare the people and the army for the eventuality of warfare, a number of educational series were produced in the early 1970s, such as this series on air defense, published ca. 1971 by the Beijing Air Defense Headquarters. 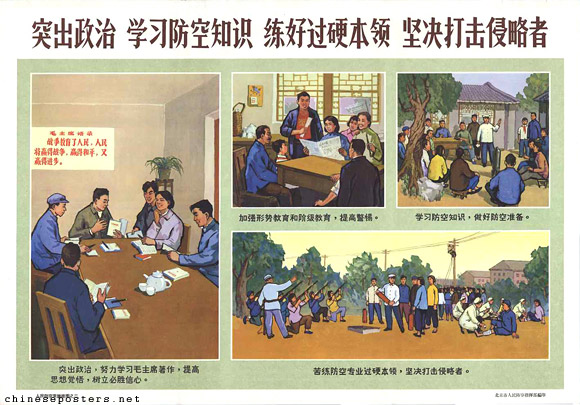 Give prominence to politics, study air defense knowledge, train your skills up to the mark, resolutely strike against invaders, ca. 1971

The series starts with the Beijing skyline (as it was around 1971), punctured by searchlights. The next poster emphasizes the responsibility of ‘the people’ to be aware, to study, train and fight back - always giving ‘prominence to politics’. The rest of the series is more practical: how to recognize an air attack, what to do during an attack and afterwards. In this series, the attack is expected to be conventional (not nuclear, chemical or bacterial), and to come from the USA or Taiwan.

Several types of fighters and bombers used by America and Chiang Kai-Shek, ca. 1971 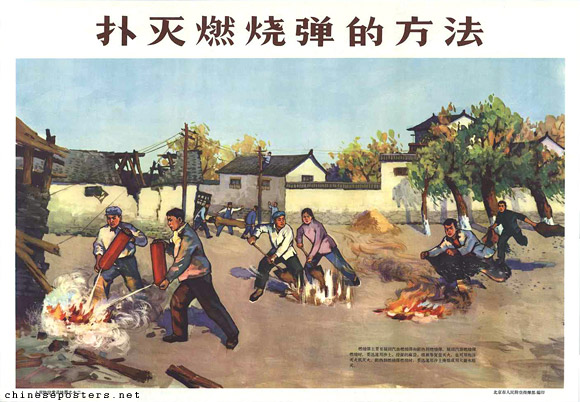 Surroundings you can use when there is no time to get into air defense bunkers., ca. 1971 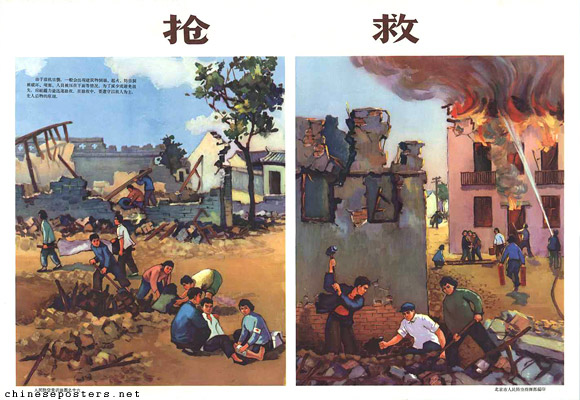 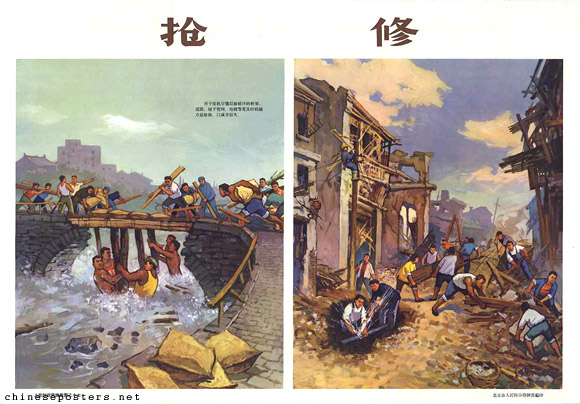 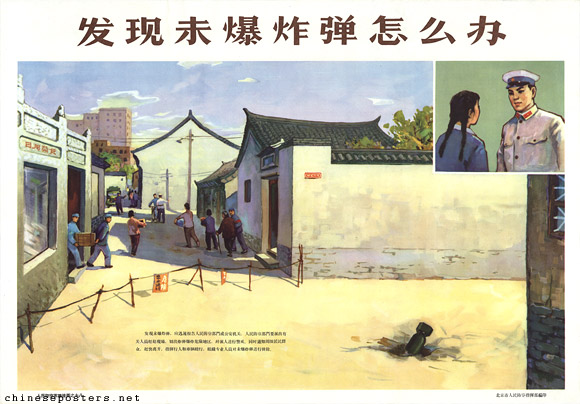 What to do when you discover a not yet exploded bomb, ca. 1971

Other educational series on warfare preparations include the "Posters showing measures against atomic, chemical and bacteriological warfare" series, published in 1971 by the General Department of the Chinese People’s Liberation Army.