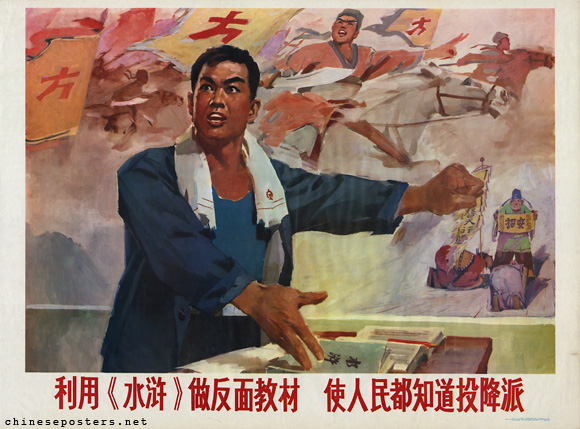 Use "Water Margin" as a negative example which may serve as a lesson to let all people know the capitulationists, 1975

In late 1973, Mao Zedong became aware that the morale of the army was sliding, and that conflicts between veteran cadres and the Gang of Four were intensifying. To consolidate his own position and to prevent a split in the party, Mao decided he would fight "capitulationism". 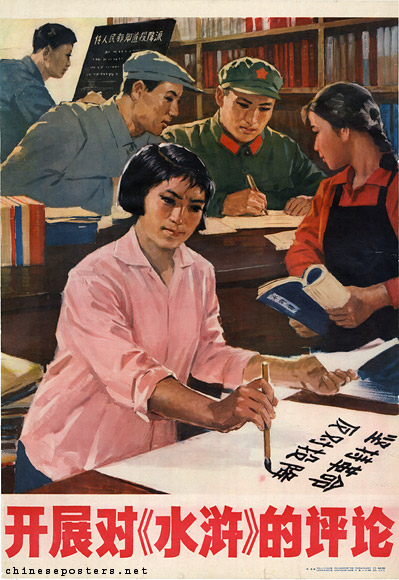 Starting the criticism of "Shuihu", 1975

In numerous conversations, he started to criticize the traditional novel Shuihu zhuan (水浒传, also known in the Pearl Buck translation All Men are Brothers, Water Margin, or The Rebels from Liangshanpo), one of his favorites. At stake was the question whether Song Jiang, one of the leaders of the 108 rebels from Liangshanpo, by accepting the emperor’s offer of amnesty, displayed capitulationism and engaged in revisionism by not continuing his struggle against the emperor. 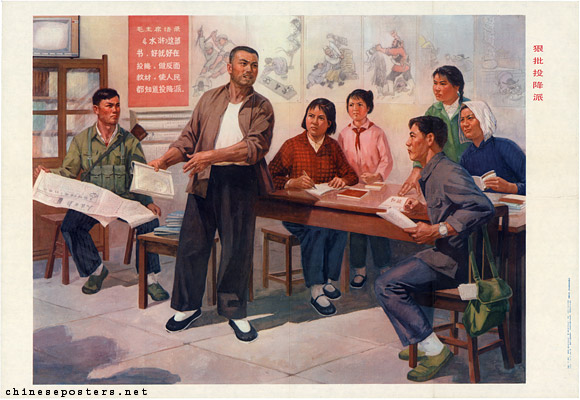 By holding up Song Jiang as a negative example, Mao intended to combat "capitulationism", in order to avert a repudiation of the Cultural Revolution. The Gang of Four initially did not understand Mao’s intentions and started the campaign to criticize Lin Biao and Confucius instead. 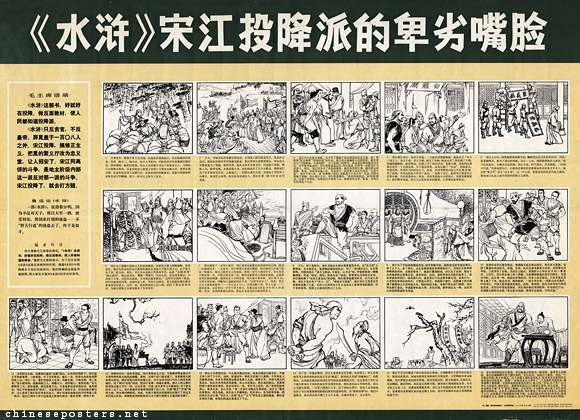 The despicable countenance of the capitulationists’ clique of «Shuihu»’s Song Jiang, 1975

By August 1975, the reasons behind Mao’s continued criticism of Song Jiang and the Shuihu zhuan were finally understood. A nation-wide campaign was launched as another major struggle on the politicial and ideological front. It was seen as an implementation of Mao’s instructions on studying theories (in particular the theory of the dictatorship of the proletariat) and on combatting and preventing revisionism. It later shifted gears and developed in the campaign to criticize the rightist deviations exhibited by Deng Xiaoping. 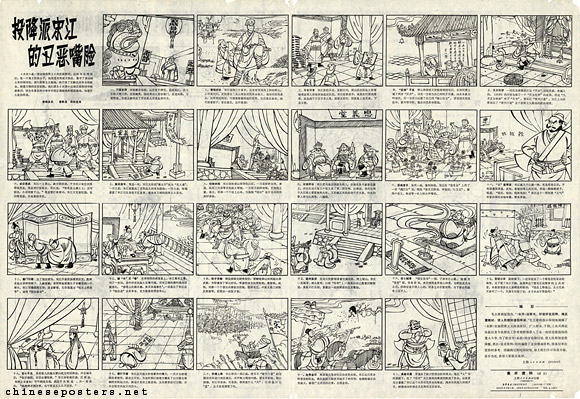