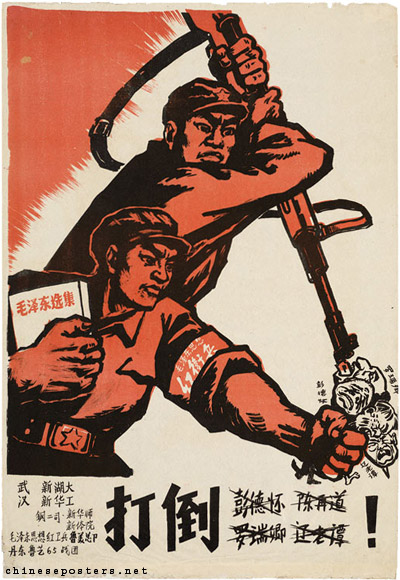 Peng Dehuai is the best known among the people attacked here. He was Marshal of the People's Liberation Army, and criticized Mao during the Great Leap Forward. In 1966 he is arrested and maltreated. He dies in captivity in 1974. Luo Ruiqing, Chief of Staff of the PLA, attempts suicide after being accused and maltreated, but survives and is rehabilitated in 1975. This poster was published in Wuhan.