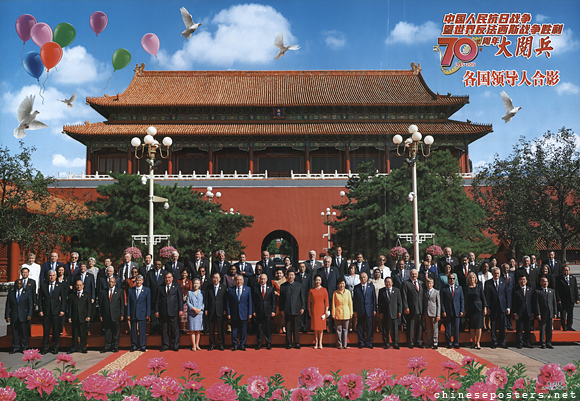 On 3 September 2015, the China Victory Day parade, a military parade along Chang'an Avenue, Beijing, was held to celebrate the 70th anniversary of the Victory over Japan Day, formally ending World War II.

The leaders assembled at the back of Tian'anmen Gate are: