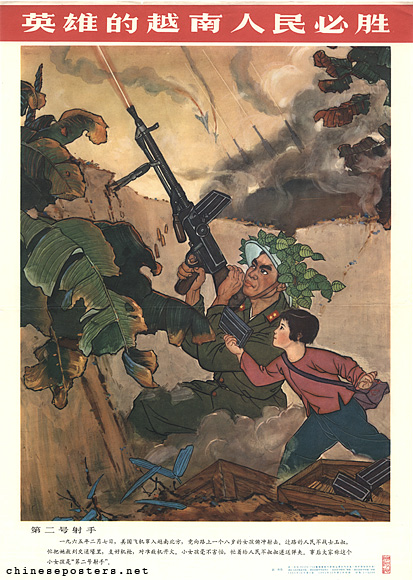 Translation of the text under the title: "7 February 1965, when the American planes fled over northern Vietnam, they eventually shot the way of an eight-year old girl. Soldier Uncle Yu crossed the path and rescued her to the communication trench, he prepared his machine gun, aimed at the enemy and started the fire. The little girl showed no fear and was occupied in giving the Uncle new cartridges. Afterwards, everybody called this small girl the 'second shooter'."