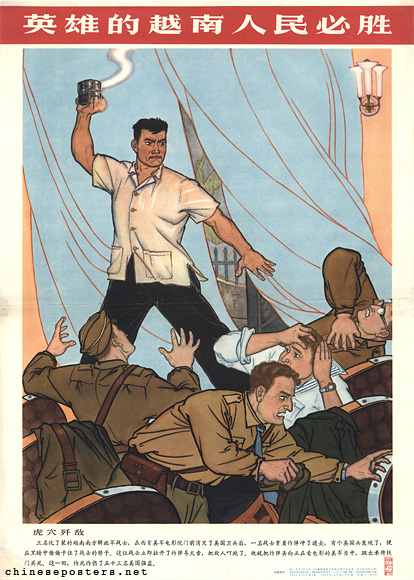 Translation of the text under the title: "Three soldiers of the South Vietnam Liberation Army were disguised [as civilians], they annihilated the American guards in front of the American cinema in Saigon, one soldier took a bomb and rushed inside, as one of the American soldiers realised what was happening, he secretly choked the neck of the soldier. The soldier immediately pulled the bomb’s fuse and scared the enemy away. He then threw the bomb amidst the American soldiers who were watching a movie, ran outside and closed the steel door. During this event, 53 American bandits were killed and injured."