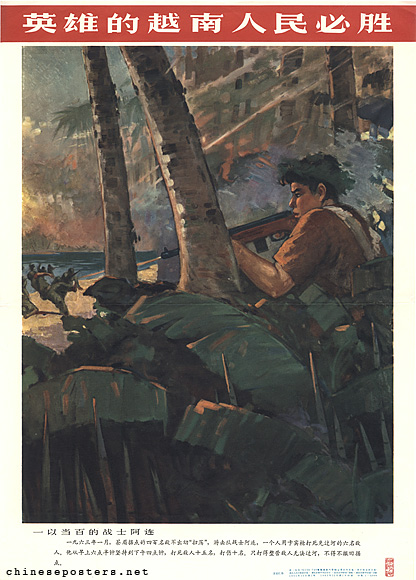 Translation of the text under the title: "In January 1963, when the 400 man from the hostile forces from Chamei stronghold started operation 'eradication', one single soldier shot the first six enemy soldiers who crossed the river with a carabiner rifle. From 6:30 in the morning to 4 in the afternoon, he continuously shot 50 enemy soldiers dead, injured ten. He shot so many that the whole batalion could not cross the river, they had no choice but to return to the stronghold."