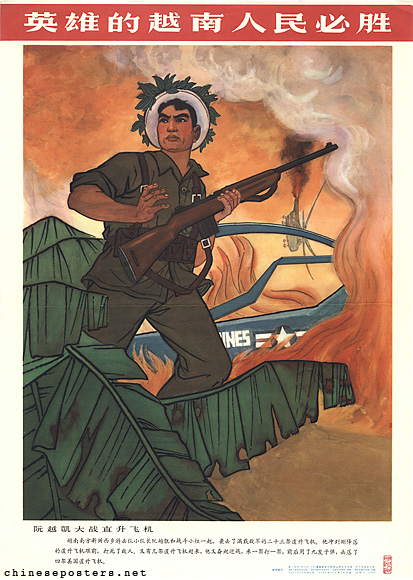 Translation of the text under the title: "In Xinxingxi County in South Vietnam, the leader of the small guerrilla group Ruan Yuekai worked together with a small combat group, together they raided 23 helicopters fully loaded with soldiers. He also shot a descending helicopter right in front of him and killed the enemies. When there were several other helicopters rushing over he vigorously met the enemy head-on, shot one after another. He used around nine cartridges to bring four American helicopters to the ground."