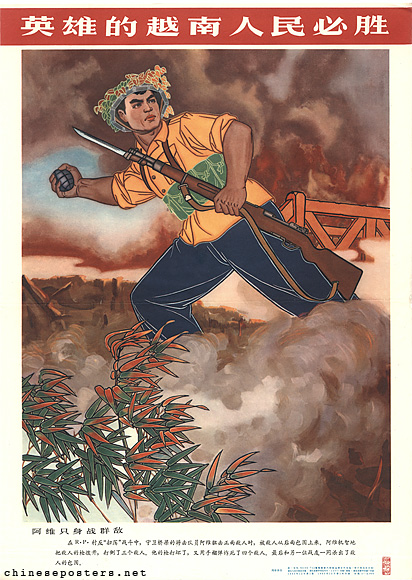 Translation of the text under the title: "During the 'eradication' battle in R.P., the guerrilla fighter A Wei who guarded the bridge and sniped the enemy was encircled from behind. Quick-witted as A Wei was, he pushed the enemy’s rifle away and knocked down three of them. Since his own rifle was broken, he used hand grenades to kill four more. At the end, he and his war buddy together broke through the enemy’s encirclement."