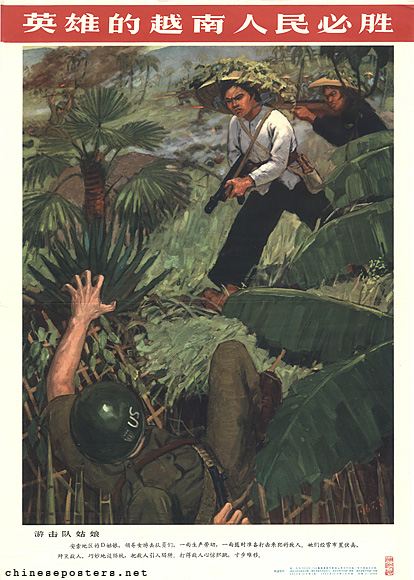 From the series The brave people of Vietnam are sure to win (Yingxiong de yuenan renmin bisheng - 英雄的越南人必胜).

Translation of the text under the title: "Lady D from Ansuo District led the women’s guerilla, they engaged in production as well as prepared strikes against the invading enemy. They often prepared ambush actions, destroyed the enemy, ingeniously built pitfalls and lured the enemies into the traps. Leaving the enemies absolutely terrified and unable to move a single step."