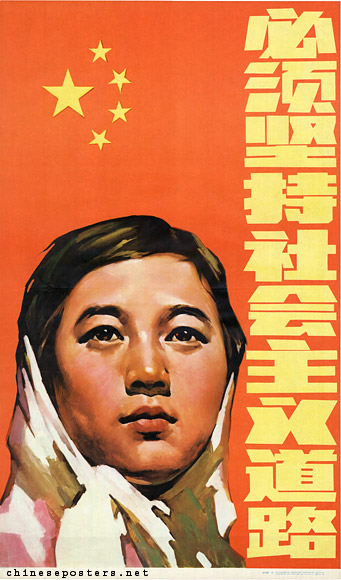 We must keep to the socialist road, 1984 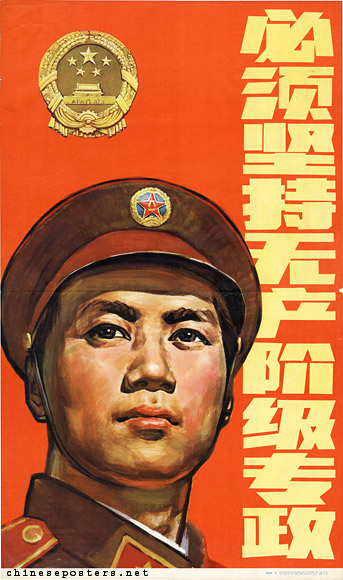 We must uphold the dictatorship of the proletariat, 1984

In Deng’s opinion, these principles were basic prerequisites for achieving modernization, while at the same time ensuring that the Party had measures to fall back on when undesired developments took place in the course of the reforms. In 1982, the second of the principles was changed to "upholding the people’s democratic dictatorship". 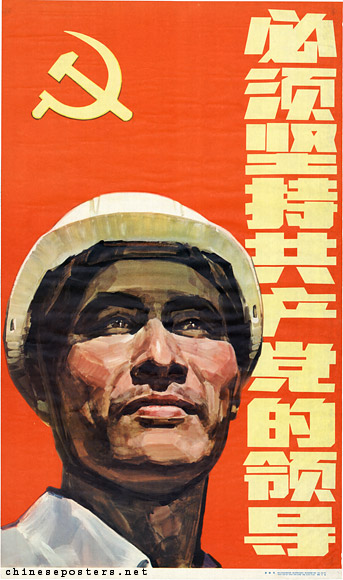 We must uphold the leadership of the Communist Party, 1984 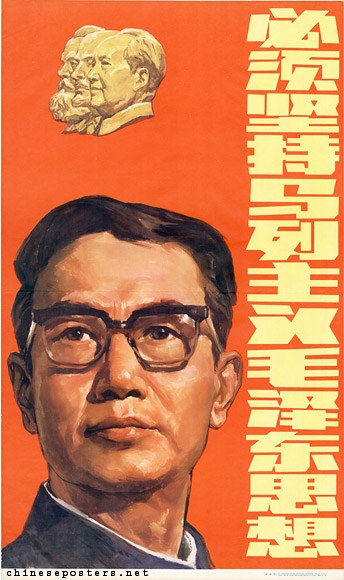 We must uphold Marxism-Leninism-Mao Zedong Thought, 1984

The principles were written into the "Preamble" of the Constitution of the PRC, which was adopted in December 1982. They remain in force until the present day. Conservatives still find great comfort in the pinciples’ ability to stifle reforms that may be a threat to the Party’s power. Even in the 21st century, the principles are emphasized to dispell any doubts that may exist about the Party’s basic nature.

Erik Eckholm, "Beijing Journal: A Maoist Hero’s Ghost Tilts With Falun Gong", The New York Times on the Web, 30 May 2001

Firmly uphold the leadership of the Communist Party