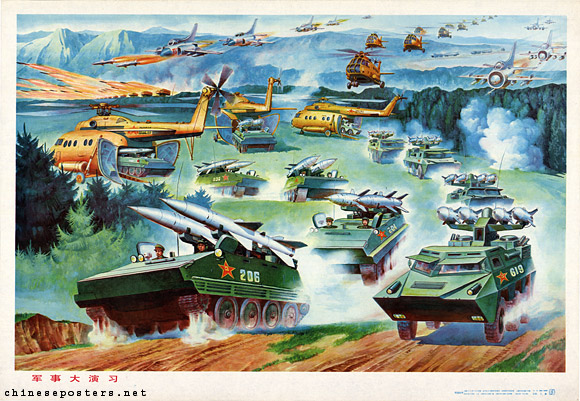 The professionalization of the People’s Liberation Army, and the new strategic concept that stressed weapons over men, embraced in the early 1980s, had implications for the image the Army projected in propaganda posters. Soldiers were no longer portrayed as Lei Feng-type role models for civilians, but as part of a well-oiled fighting machine, a "Great Wall of Steel". To demonstrate Chinese military might, a military parade was held on 1 October 1984, which was immortalized on a poster. 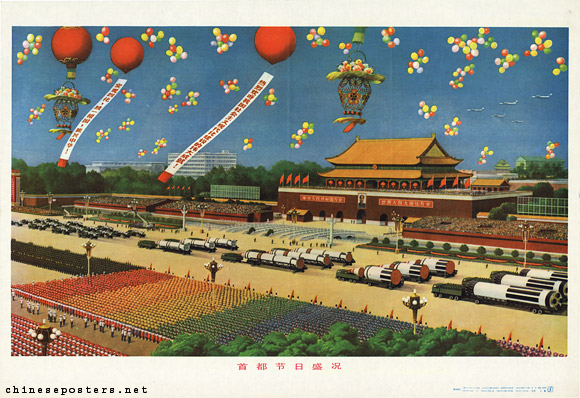 A grand occasion during National Day in the Capital, 1986

The parades were stopped later, only to be revived on 1 October 1999, to mark the 50th anniversary of the People’s Republic. It is unclear when and where the parade depicted below took place. 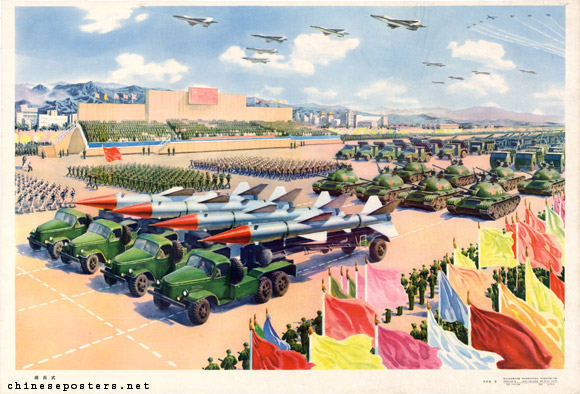 Professionalization meant the reintroduction of ranks, which were abolished during the Cultural Revolution. Various institutes emerged to train officers, in line with the greater official attention that was paid to the education of military personnel. In 1985, the National Defense University was established, a merger of existing military, political and logistical academies, to provide integrated training for officers from the various services to facilitate combined warfare. 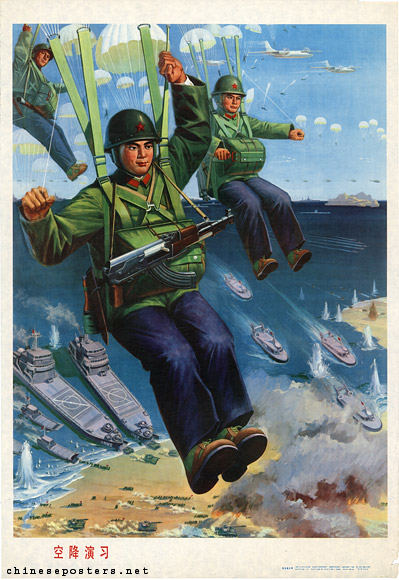 From the second half of the 1980s, larger and more sophisticated wargames were held. These included training operations under simulated nuclear warfare conditions, missile exercises in the East China Sea, and combined naval and air operations simulating an attack on Taiwan’s offshore islands Quemoy (Jinmen) and Matsu (Mazu). These exercises deploy "fist units" similar to U.S. special forces; and "rapid reaction forces" designed to operate like the U.S. Marines. The most disciplined and best trained soldiers are selected for these units, which have access to the most modern battlefield technology. 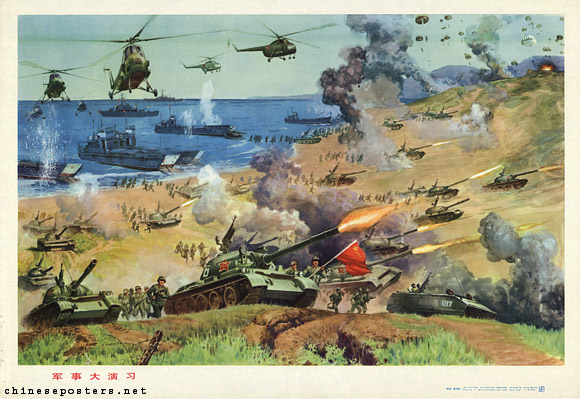 Given the highly secretive nature of Chinese officialdom and the military, it is not a small wonder that posters like the ones above and below could ever have been published. 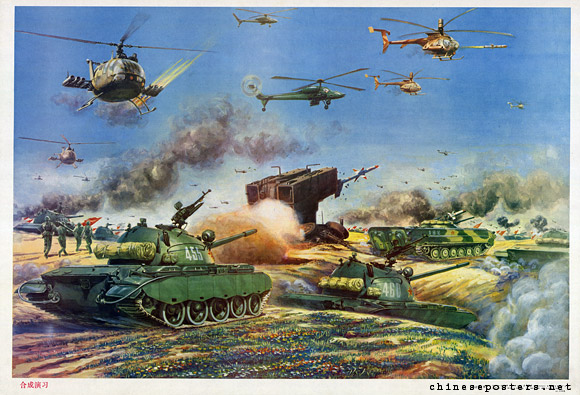 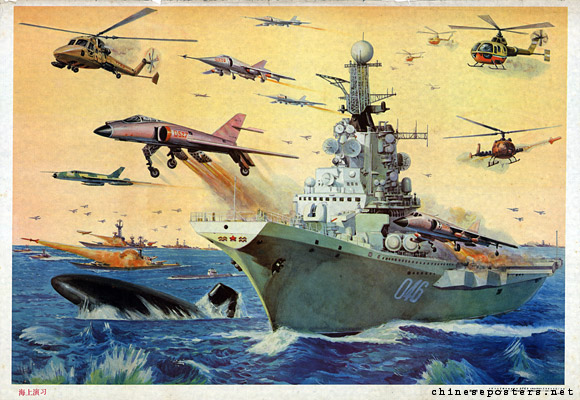