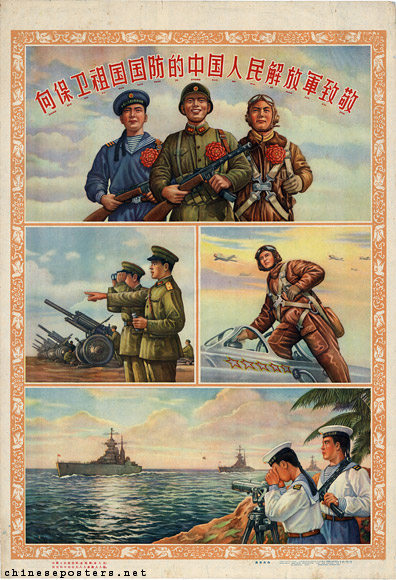 A tribute to the Chinese People’s Liberation Army that defends the nation, 1958 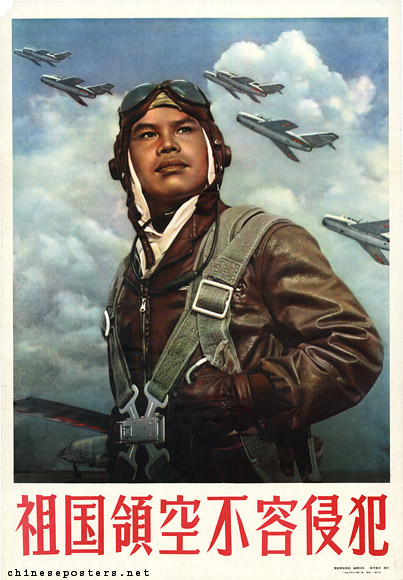 We do not tolerate violations of our national air space, 1958 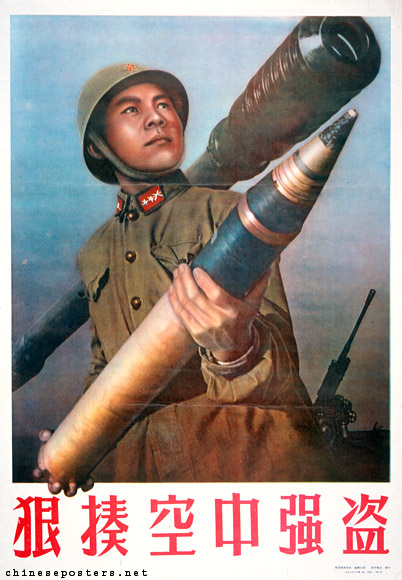 Forcefully beat back the bandits in space, 1958 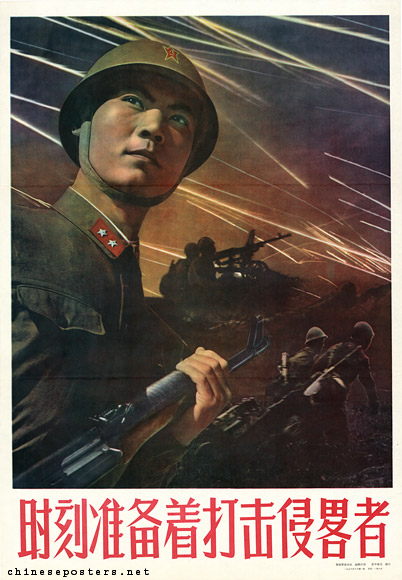 Be always prepared to strike at the aggressors, 1958 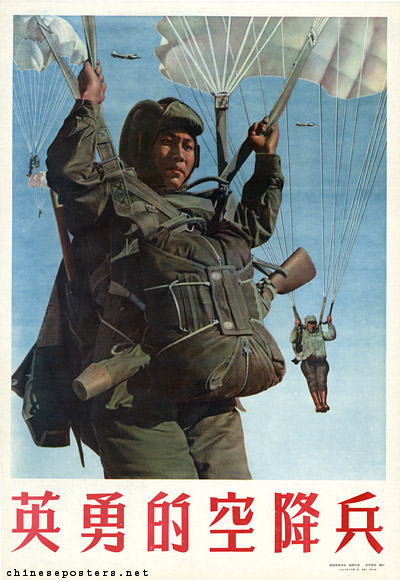